In 2011, Mr. Johnson saw a need for a free library to serve the area so he had The Johnson Family Foundation provide the building, purchased the first 6,000 books and paid for the three employees’ salaries who operated the library.

The library was at 968-1 E. Hunt Highway, San Tan Valley, next to the Johnson Utilities Office. The library was open to the pub­lic free of charge Monday through Saturday and grew to over 5,000 library card holders.  The library had 10,000 titles, several DVDs, 10 computer stations and several laptops.  On Wednesdays and Fridays the library held a free arts and crafts class for children of all ages. 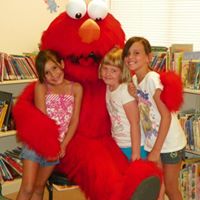